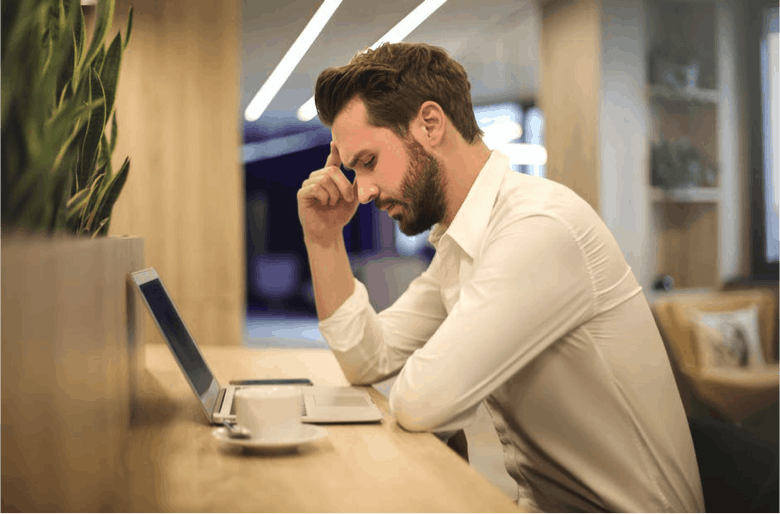 With 1 in 7 of the UK’s adults now visiting the gym on a regular basis and a surge in new sports teams and clubs, it’s becoming clear that we’re doing something about the fact that we’re the most obese nation in Europe. Hitting the weights or going for running is more popular than ever, and the celebrity Instagram accounts showing our idols blowing a lung or flexing their muscles is inspiring a new generation of fitness fanatics.

Exercise is great for the body, and it does, in fact, have plenty of benefits when it comes to mental health, but slogging away at a treadmill or hitting a punchbag repeatedly isn’t going to develop your brainpower any further. We often focus on developing our bodies, forgetting that’s important to further our mental capabilities.

Although recent research suggests things like puzzles aren’t going to solve problems like dementia, it certainly doesn’t hurt to get your cogs ticking, and a bit of a brain workout is actually a great way of developing skills like communication and problem-solving. To get your brain off the couch and into a workout routine, we’ve picked a few mental-exercises that can be slotted into any fitness plan, making sure you’re not just focussing on looking well, but thinking well, too. 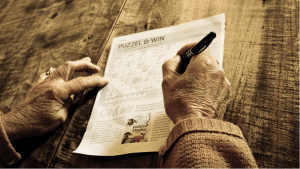 Solving a Sudoku puzzle gives you a sense of accomplishment

Sudoku often gets a reputation for being a pursuit for the maths experts out there, but in reality, you don’t even need to be able to add or subtract to enjoy this rewarding puzzle. Developed by American freelance puzzler constructor Howard Garns, Sudoku was introduced to Japan in the 1980s, where it got its name, with Sudoku meaning literally ‘the numbers must be single’. The beauty of Sudoku is that a typical easy or medium square can be completed within the typical coffee or lunch break, with harder squares taking longer for those who enjoy a challenge. The perfect quick fix, sudoku is super-easy to play but more difficult to master, and the learning curve means new players won’t be thrown in at the deep end.

Learn to play an instrument 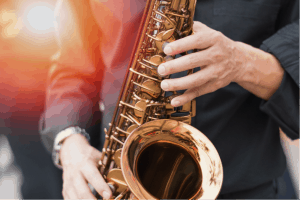 Aside from the triangle, most musical instruments require a complex blend of skills. Musicians not only need to be able to decipher the music in front of them, but then coordinate their hands, fingers, feet or even breathing to play the correct note(s). Then, there’s also the added factors of timing and rhythm, as well as the ability to conceptualize how the song will eventually sound, in order to produce a flawless performance.

Music has plenty of hidden benefits too, and learning how to construct songs and generate new melodies is not only interesting but extremely taxing on the brain’s creative powers. If you feel you are tone deaf or don’t have the dexterity to pluck strings or hit keys, then there’s always the drumkit, but even just listening to music can make you smarter, according to a recent study. 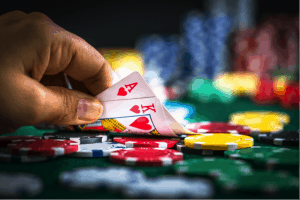 Blackjack is a test of mental logic and strategy

A trip the casino is an assault on the brain to start with, thanks to the bright lights, noisy atmosphere and excitement at the possibility of winning some money. Although you won’t be developing your mental capacity any further by waiting for the roulette wheel to spin or a slot machine to pay out, a game like blackjack is actually a great brain workout.

The rules of the game require players to be able to add up quickly, make split decisions, and try and develop a long-term strategy, with the risks of losing and those big wins providing the feelings of reward and success that can promote happiness. Give yourself a better chance of winning by playing blackjack online, as you won’t have the stress of other players hanging over your shoulders or the noisiness of the casino floor, plus you’ll have more time to make decisions and think about whether to gamble or play it safe. 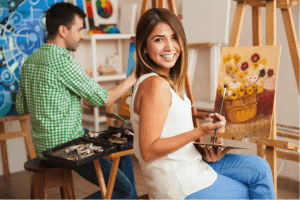 Working on a creative project has been proven to boost mental health.

There’s no doubting that arts and crafts can be a huge benefit for people suffering from mental illness, but drawing, painting, knitting, stitching sculpting or even just making something using objects and materials around the house is a great way to boost brain activity. Getting creative doesn’t have to be complex, time consuming or expensive, and even sketching can give the same benefits as spending hours working on an oil painting. You could even make something wearable, saving money on items like woolly hats and gloves if you enjoy knitting, or even T-shirts and dresses if you’re feeling more adventurous with a needle. 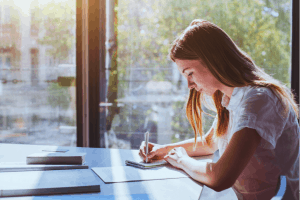 According to a Swedish MRI study, learning a language is hands-down the best workout you can possibly give your brain. As well as leaving your comfort zone when it comes to communication, you’ll be forcing yourself to memorize entirely new words for daily objects, as well as learning new grammar structures that will help you express yourself or get your requirements and opinions across. Learning a language that uses the Latin alphabet is probably going to be easier if you’re from the UK, but going for something a bit more challenging that uses a different alphabet or even writing structure is the best way to really get your brain sweating. Languages like Japanese, Chinese and Arabic are apparently the hardest to learn for English speakers, so download the DuoLingo app and get started on those Japanese nouns!

Fitting in some brain exercise doesn’t have to be really time-consuming, and just a few minutes of each of these activities daily can lead to improved results in a short space of time. Like any kind of exercise, you’ll still need to have regular breaks and maintain and good diet to make sure you aren’t on the path to mental exhaustion. Stick to the veggies and fruits and lay off the white carbs if you plan on completing a sudoku book, with plenty of links between intelligence and balanced diets out there.