This is a collaborative post by Ellie Jo with tips on how to stretch your paycheck and make it last longer.

If there’s one thing that a lot of people have in common when it comes to their finances, it’s the assumption that their life would be a whole lot easier if they just had a little bit more money coming in at the end of each month. People assume that if their paycheque was just that little bit larger, a lot of their problems would disappear. And, to be totally honest, there’s a chance that it would.

Those who say that money can’t buy happiness have clearly never been in the position of not having enough to get through the week, let alone the month. However, unless you happen to have a genie tucked away somewhere in your attic, the chances of your income magically increasing out of nowhere are pretty slim.

Sure, there are things that you can do in order to increase your income like taking on more work or finding another job on the side, but many of those things can make your life a lot more difficult in the long run. If you really want to end up with more money in the bank at the end of the month, the best thing to do is to try and make your existing paycheck go further.

Of course, doing that is easier said than done but that doesn’t mean that it’s impossible. With that in mind, here are some things that you can do in order to help your paycheck to go a little further each month. 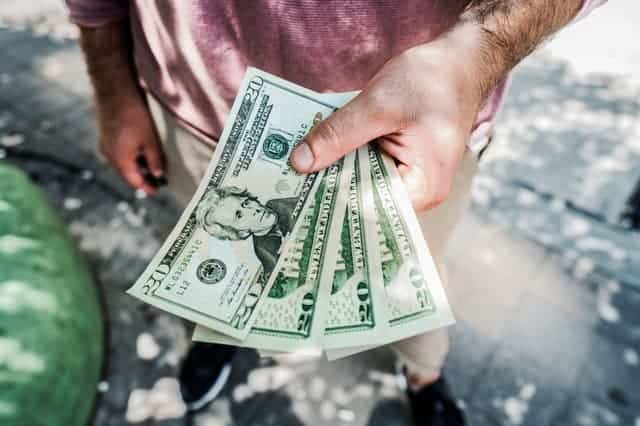 The first step towards making your money go further should always be to create a clear and detailed household budget. Now, a lot of people make a budget and only include the most obvious things, assuming that that’s going to be enough to keep their finances in order.

However, if you’re leaving anything off your budget, then it’s probably going to come back and bite you further down the road. When creating any kind of household budget you need to make sure that you think carefully about every single regular expense that you have, as well as things that you’re likely to spend money on relatively often.

There’s a temptation to avoid including these things because it makes your budget look better, but it’s always better to overestimate how much you’re spending so that you’re pleasantly surprised at the end of the month than it is to underestimate it and end up with less than you thought you would.

Once you know what your regular bills and expenses are, it’s a good idea to reexamine them to see if there’s anything that you can do about making them just that little bit easier to deal with. The truth is that most people are paying far more for things like insurance, utility bills and all of the other possible regular bills that they take for granted.

Most companies have a tendency to assume that you’re going to want to avoid having to shop around for the best deal time and time again, which is generally true, which means that they often will raise their prices bit by bit, not enough so that you notice, but enough so that after a year you’re paying far more than you initially expected.

Of course, the key to avoiding this is simply to be willing to put in that little bit of extra effort to find the best deal out there. If you let your current providers know that you’re planning on changing to get a better deal, it’s pretty likely that they will offer you a lower price in a bid to try and keep you.

Sure, it might not seem like a particularly huge dip in price, but when it’s something that you’re paying every single month, the tiniest sum really can make all the difference in the world.

Look for the best possible deals

Whether it’s for your regular bills, something significant, or just a little bit of shopping to treat yourself, you should always be trying to find the best possible deals. This has always been kind of tricky since, historically, if you wanted to compare prices you had to go from store to store.

However, in the modern era, finding the best deal is as easy as clicking a single button. Thanks to the internet you can compare prices incredibly quickly and easily. Sure, this is still a little more effort than just buying something the moment that you see it, but the reality is that paying a little bit more attention to where you’re spending your money can make a huge difference at the end of each month.

Don’t be too impulsive. If you see something that you want, there is almost always going to be a place where you can find it cheaper.

Debt is one of those words that can bring even the most well-adjusted person into a state of complete and total panic. People assume that debt is something that you’re going to be stuck in forever and that there’s no way out of it under any circumstances. However, that’s simply not the case.

The truth is that there are plenty of ways to settle your debts and doing so is going to make a huge difference to your bank balance at the end of each month. One of the very best things that you can do is to consolidate your debts as much as possible. By bringing all of your debts down into one single monthly payment, you’re not only going to decrease your monthly outgoings pretty significantly, but you’re also going to make it much easier to keep track of where your money is going than if you were dealing with a whole bunch of different debts at once.

The reality is that debt can be a serious challenge, but that doesn’t mean that it’s not one you can overcome!

Keep an eye on how much you’re actually spending

Most of us assume that the reason that our bank account is empty or overdrawn at the end of each month is because of large purchases and hefty bills, and sure, those things make a huge difference. But one thing that people forget about entirely too often is just how much of an impact those smaller, more frivolous purchases can make.

People assume that spending a little bit here and there isn’t going to make any difference to their bank balance, and sure, a single purchase probably won’t. But the thing about those little purchases is that they add up surprisingly quickly.

If you’re spending a little bit here and there over the course of a month, you could well end up spending more than you have without fully realizing it. The best thing to do is to keep a note of everything that you spend, no matter how small a sum it is, and track it alongside your household budget.

Many people assume that they’re not going to be able to start saving money if they’re in a position where they feel as though their paycheck isn’t stretching far enough. However, the truth is that anyone can start saving, it’s just a matter of how much you’re putting aside.

In the same way that your spending can add up incredibly quickly, so too can your savings. Even if it’s just a tiny bit each month, that can make a difference if you find yourself in need of some extra cash. Having that safety net to fall back on in case of emergencies can take a huge amount of the stress and weight off your shoulders in the event that you end up in some kind of difficult financial situation further down the line.

The reality is that there are always going to problems that come up and, whether it involves some kind of accident, requiring the help from a company like Amistad Immigration Bonds, or having to pay medical bills, being able to prepare for and handle them is an essential part of life. Never assume that you don’t have to be careful with your finances just because things are going well right now.

A lot of people assume that being able to increase your bank balance is something that can only do if you’ve got a lot of money coming in, but that’s simply not sure. Sure, a larger income could make many people’s lives a whole lot easier but waiting around for that day to arrive is just going to leave you feeling as though you never have the money that you need at the end of each month.

Sure, it’s often a challenge to keep your spending in check, and there will always be things that you simply can’t help but spend more than you would like on, but if you’re willing to put in the work, then you’re going to be in a position to make your paycheque go much further than you might ever have previous expected.