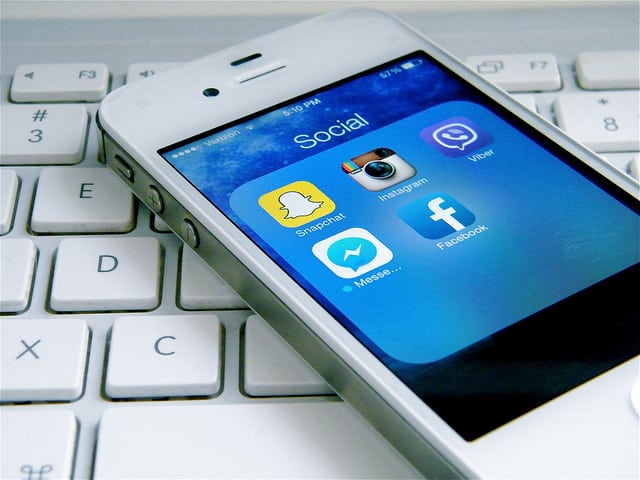 Everyone loves Christmas, everyone that is except our stretched-to-the-limit wallets. In 2015, a spending survey showed that an average American household purchased up to $900 worth presents, food, decorations and other holiday related items!

Many participants also revealed that they planned to spend a whopping $1000 on gifts for friends and family this time around. To spare you from credit card chaos in January, we’ve scoured the internet to see how, thanks to online shopping, you can get this year’s biggest tech at the best price.

The following items are brilliant for tech aficionados, the ones who always have the latest products, as well as those who haven’t quite mastered smartphones, Siri or their stylus yet. Designed with friendly user interfaces, state of the art processing systems and utterly flawless screens we know you’ll make someone’s Christmas by buying one, or more, of these impressive beauties!

This powerful, portable speaker is tech giant Google’s answer to Amazon’s Echo Dot, more on that later, and it certainly packs a punch. Google Home’s best feature has to be Google Assistant, an artificial PA that answers questions, gives weather reports, reads the news and even tells you the latest football scores. If that hasn’t impressed you much Google Assistant also performs necessary calculations, acts as a translator and, when synched, lets you know about appointments, the weekly shopping list and can handle multiple cooking times.

This tiny, technological wizard is capable of instantly printing 2×3 inch pictures straight from your smartphone, or Android device. Just open up the app, connect to the printer via Bluetooth and then just select the snaps you want the Sprocket Photo Printer to print. The app collects not only photos from your gallery but also accesses pictures from your social media accounts as well letting you go Live! This option enables you to print pictures taken moments ago instantly, not to mention the endless array of filters, edits and colours available. Even better, you don’t have to worry about changing fiddly ink cartridges as the printer works by using thermodynamics and tiny, scientific crystals.

Probably one of the best value for money tablets currently on the market the all new Amazon Fire HD 8 features a 12-hour battery life, faster processing than previous models and double the storage. Available in four bright colours, this purse friendly gadget gives you access to thousands of apps, games and movies as well as Kindle e-Books and comes in 16 or 32 GB. However, a microSD slot, SD sold separately, will extend your storage limit to 200 GB. This nifty piece of kit is perfect for kids, teens and adults who are looking for a decent tablet at a good price.

These stylish earbuds are perfect for use on the go as well as those of us who always seem to end up getting our headphone wires tangled in our bags, brushes or keys. The audio headset features Bluetooth, auto pairing, a built-in mic, cord system and obviously they’re wireless. A full headset charge gives you around six hours of continual use while in standby mode the earbuds should last for at least thirty-five hours. Designed specifically for listeners comfort the buds are made of soft rubber, with different styles included, and have a range of around 30 meters.

When the original Apple Watch launched many were sceptical, however, this little device hides its true nature well. Once users got to grips with its unique quirks, the Apple Watch quickly became a must-have gadget, and it looks like that’ll be the case for its younger brother. The Series 2 is twice as fast, water resistant and boasts built-in GPS as well as having a plethora of other handy apps. The Apple Watch info states that it helps users ‘stay motivated, connected and active’ cue a host of health apps, heart monitoring sensor and embedded comprehensive workout program. The design is sleek, shiny and very Apple with a range of colours to choose from, not to mention the ability to change interfaces, apps and colours at the touch of a fingertip.

Thanks to Nomad, who produce all kinds of smart tech charging solutions, a broken or forgotten lightning cable no longer spells disaster. Their key conceals the smallest, lightest lightning cable ever that will fit onto any keychain and works with a range of devices. The wires are tucked safely inside the key meaning the chances of breakage is minimal, not only that the key can be plugged into any USB port for instant data transfer while charging. Nomad keys are also compatible with iPhone 5/ 5s /5c, iPad Air and mini so you don’t have to worry about carrying multiple device chargers around with you either!

Sport meets style in the iconic tracker that’s the Fitbit Flex 2 thanks to a fully customisable wristband, built in smart track, instant notifications and move reminders. The Fitbit Flex 2 is slim, sexy and sophisticated as well as being swim proof and possesses a battery that lasts for up to five days. A colourful led display tracks your progress and highlights any exercise goals you’ve set, while the auto sleep tracker observes your sleeping patterns and how much REM sleep you’ve gotten that night. The device also helps you to form good sleep habits with gentle bedtime reminders and a quiet, non-intrusive wake-up alarm in the morning.

The Echo Dot is Amazon’s answer to Google Home, and although some of its features are similar, their aesthetics are very different. Unlike Google Home, the echo dot comes in two sizes, small or large speaker, and is cylindrical instead of being egg shaped. Here, your friendly intelligent interface is known as Alexa and boy is she efficient! Working via voice command, over time she will learn speech patterns, Alexa can activate any wi-fi controlled appliance, tell you the current weather in the country of your choice, seamlessly play tracks from your Spotify playlist and set up travel alerts for your daily commute! 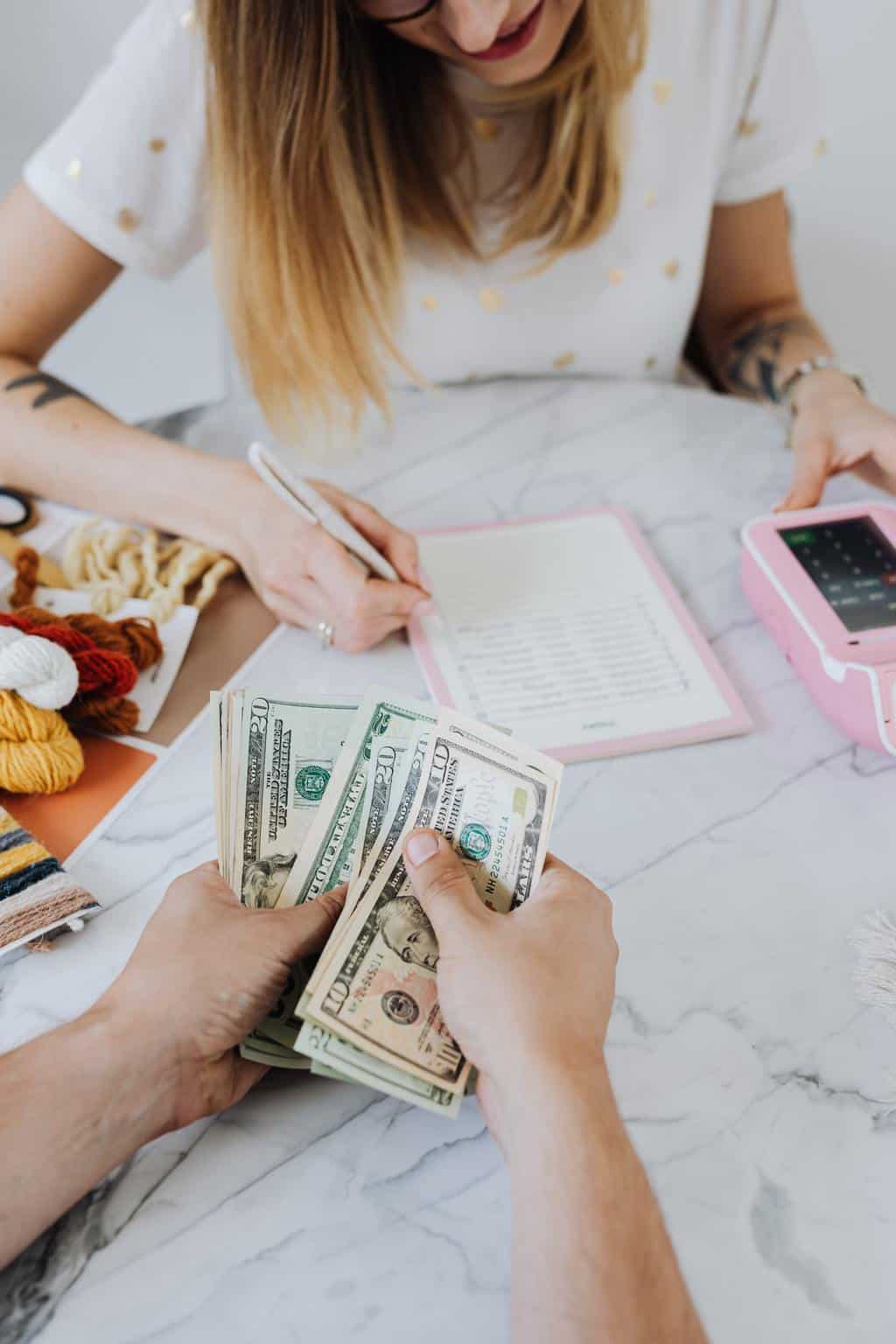 This post may contain affiliate links. Read the disclosure. This is a collaborative post by Ellie Jo about saving money. A poll released by GOBankingRate last year revealed 69% of US citizens have under $1000 in savings. And 45% of the respondents said they had no savings at all.   A few of the main… 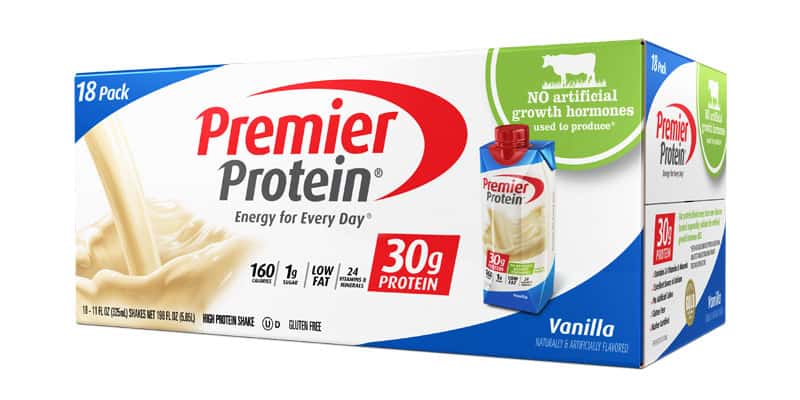 This post may contain affiliate links. Read the disclosure. I consider myself pretty active. I try to stick to a regular workout schedule and mostly eat healthily. During the week, I workout with Camp Gladiator two to three times. In addition, I run one or two times a week. When I’m done with my workouts,… 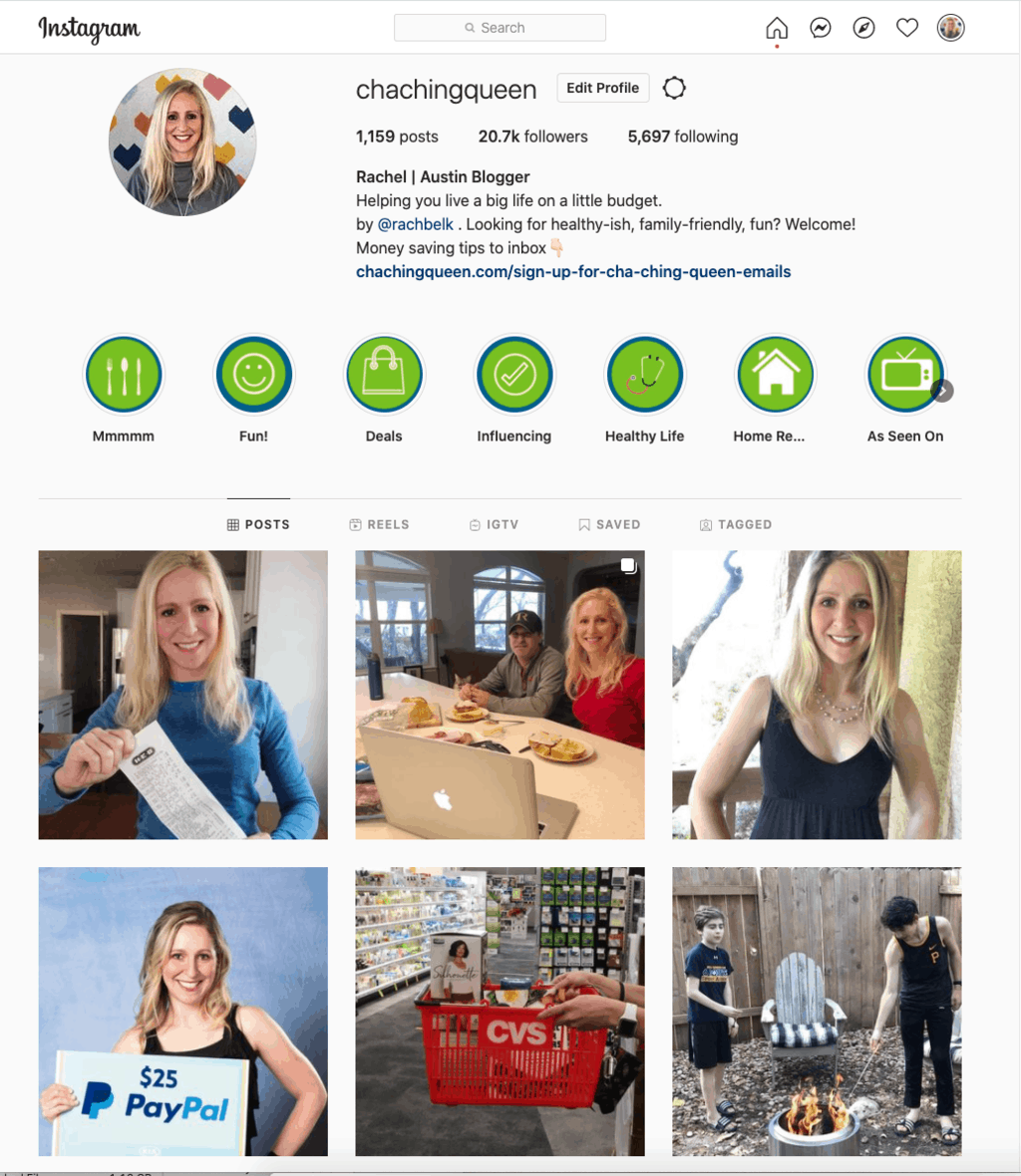 This post may contain affiliate links. Read the disclosure. This is a collaborative post about social media. With over one billion active users sharing tens of millions of pictures and videos each day as of October 2020, it’s no longer surprising to hear stories of Instagram users who make a significant amount of income from… 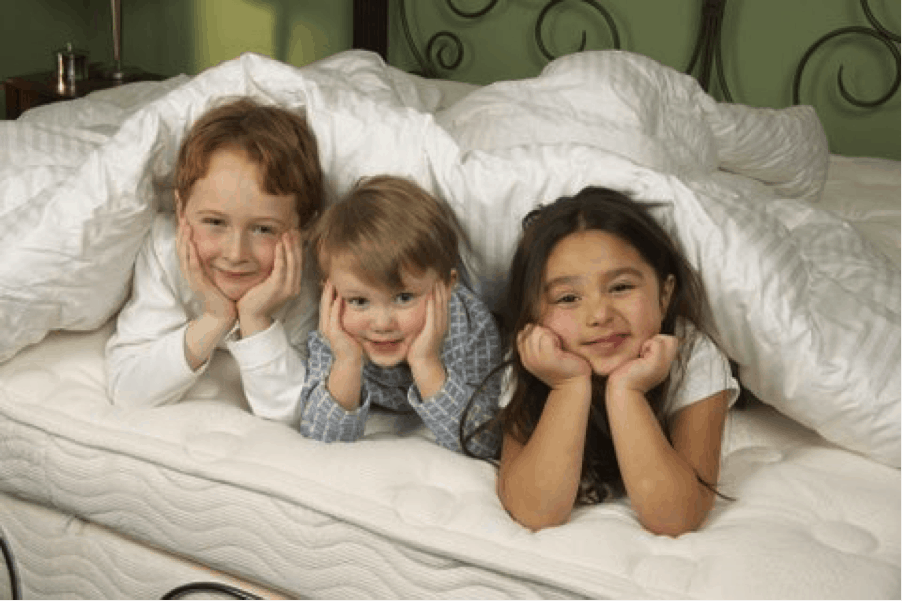 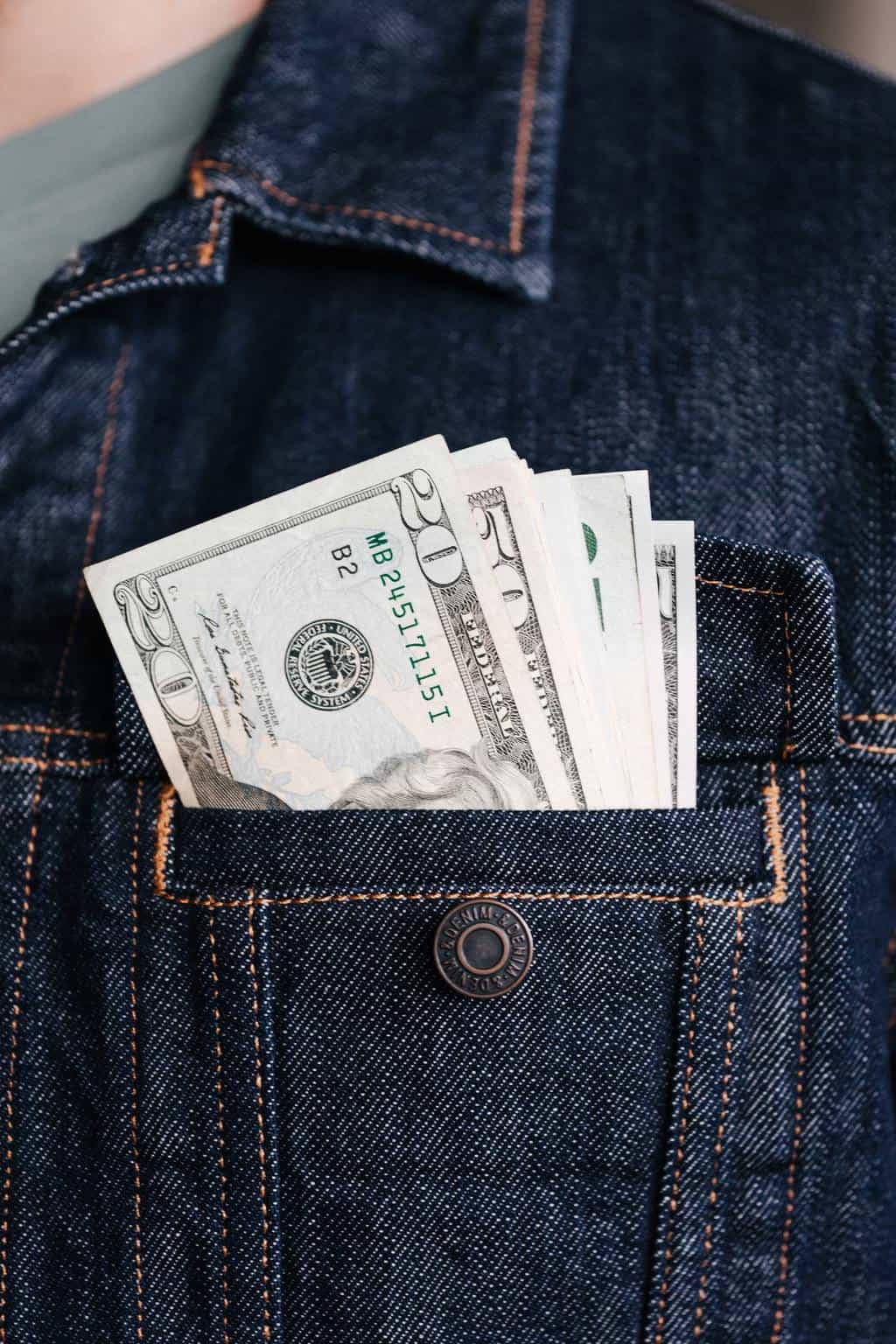 This post may contain affiliate links. Read the disclosure. This is a collaborative post by Ellie Jo with tips on making and saving money. We all need to save money in this world if we’re to be healthy and if we’re to have longevity in our lives. Making lots of money and spending it on… 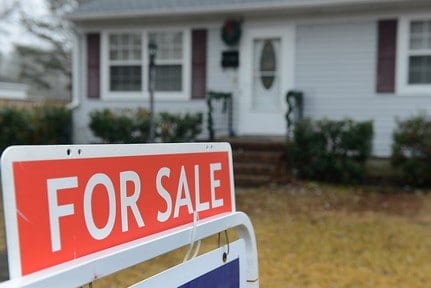 This post may contain affiliate links. Read the disclosure. This is a guest post about buying a home on a budget. Having a home of your own is the American dream and while buying a home is becoming harder, it is still achievable. This starts with knowing what you can afford and then how to…