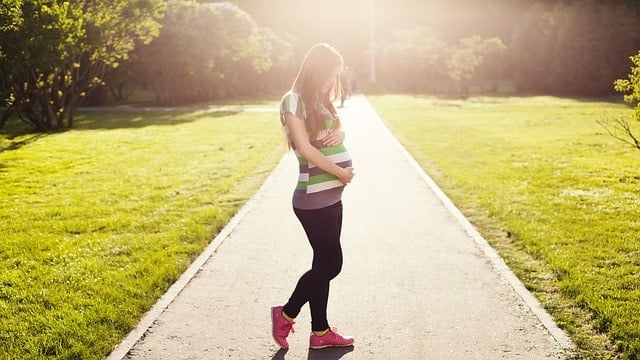 Why Exercise During Pregnancy

Congratulations on being pregnant and adding to your family. There is nothing more special than the bond between a mother and her child. However, it doesn’t feel this way all of the time. When you are pregnant, every fiber of your being wants the baby to come out into the world. It isn’t only that it’s uncomfortable – it is – but it’s the lack of routine too. Take exercise. Pregnant women don’t like the idea of or are too exhausted to work out. So, fitness goes out of the window yet exercise is of the most important features of a healthy lifestyle. And, everything you do during pregnancy has an impact on the baby.

Here are four reasons to exercise while pregnant.

When you’re with child, one thing will be apparent: the lack of energy. As there is another human inside of your body, there isn’t enough fuel to go around. The result is that the cardiovascular system tires easier than before. Yep, that is the reason you’re out on your feet by midday! Exercising during pregnancy boosts the level of energy in the body as it trains the CV system. Rather than breaking down after a couple of hours, it will trudge on until it’s time for dinner. Also, it makes everyday activities less of a hassle, such as lifting bags of groceries.

Probably the main reason women decide to give up on exercise when they are pregnant is the risk element. Should anything go wrong while you’re at the gym, then the baby may pay the price. The thought is spine-tingling which is why so many ladies decide to quit, period. However, Baby Center has points that argue otherwise. Firstly, they aren’t saying it isn’t dangerous; they’re saying there are ways to be safe. For example, talking to a physician about the strain on your heart is a simple yet effective method.

No woman who is pregnant should be at the gym lifting weights. Some activities are too strenuous and they are out of the question. Instead, ladies with child should stick to the basic routines. These are low-intensity yet they keep the blood pumping and help to regulate the body. Moms Into Fitness has a great range of examples for anyone who needs inspiration. In truth, it’s quite easy. All you need to do is participate in an activity that keeps the heartbeat low but works the major organs. Walking is perfect as an exercise while pregnant, especially when the baby arrives.

Sitting around and doing nothing isn’t safe. Gestational diabetes can develop even if you are the most health-conscious mother on the planet. The same applies to preeclampsia. Studies show, however, that exercising helps to reduce the risks of both of these illnesses. Regarding gestational diabetes, pregnant women who worked out three times a week cut the chances of the baby contracting the condition by 58%. Considering moms do whatever it takes, working out during pregnancy seems like a tiny price to pay.

Do you plan on exercising more during your pregnancy?