Breakfast is allegedly the most important meal of the day (for reasons the media still don’t appear to agree on). But it’s also one of the most often missed. For most people, it’s down to a lack of time. Instead of reaching for sugary cereal, or the bacon and eggs, try out some of these fast, healthy breakfasts you can whip up in less than five minutes.

Avocado toast is all the rage right now. In fact, it’s so popular that farmers are worried about an avocado shortage. Let’s hope they get their act together soon. Anyway, if you fancy something a little different from the usual mashed avocado and toast, try pairing it with thyme and chili. It’ll blow your mind.

Plus, avocado just so happens to be one of the healthiest fruits out there. It’s loaded with vitamins and minerals, and it has a phytonutrient in it that slows down the cellular aging process. Just remember not to burn the toast.

Nothing packs a greater nutritional punch in the morning than a red cherry smoothie, an ideal breakfast for people on the run. Start off with your favorite plant-based milk: almond milk, soya milk, hazelnut milk – whichever you prefer.

Then add half a pound of frozen pitted cherries (they’re significantly cheaper than fresh), two bananas, dates, chia seeds, soy yogurt and a handful of spinach. All that fiber will keep you full until lunch, and give you at least five of your five-a-day, probably more. Not bad. 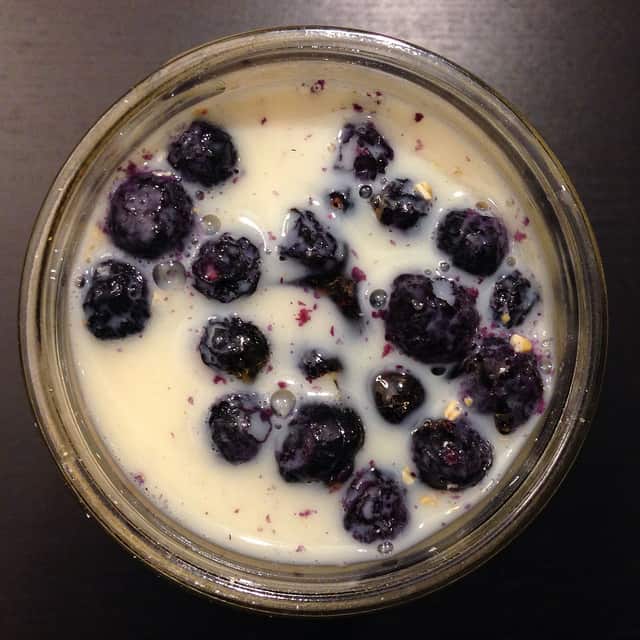 Overnight oats are probably the most underrated breakfast in the whole of the Western hemisphere. Not only are they incredibly straightforward and convenient to prepare, but they’re also endlessly customizable and extremely healthy. To make great overnight oats, you need three basic ingredients, oats, fruit, and nuts/seeds.

You can make your own apple pie overnight oats by mixing up a bowl of chopped apple, walnuts, cinnamon, and rolled oats the night before, covering it with a plant-based milk of your choice before popping it in the fridge to soak. Or what about making blueberry pie oatmeal with half a pound of frozen blueberries, chia seeds, flax, and toasted chopped filberts? 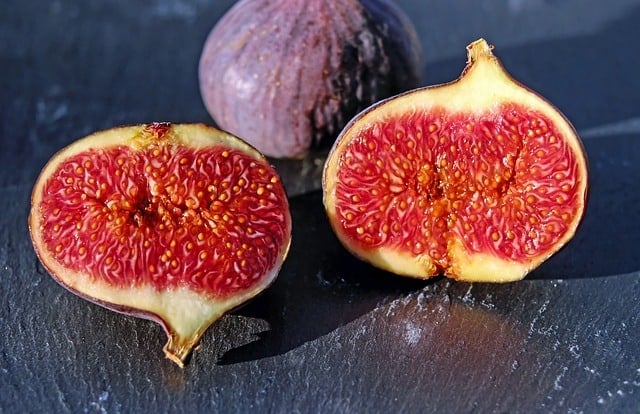 You can buy your own basic muesli base mix from the store. To turn it into delicious fig muesli, bake some pistachios, sesame seeds and poppy seeds in the oven until they turn a soft brown. When they’re done, add them to the base mix and put the mixture in a container.

Then, when you’re ready to eat breakfast, chop up some fresh or dried figs – whichever you have to hand – and scatter them over the muesli. It’s not only a healthy but also a beautiful start to the day.