This is a collaborative post by Ellie Jo with tips on how to save money on a funeral.

Perhaps you’re a person, with dependents, who is thinking about to handle the end of their life and making sure they aren’t a financial burden to the one you love. Or perhaps you’re dealing with the loss of a loved one, but without any life insurance or savings, you’re finding the costs of the funeral are tough to cope with. There’s no denying that funerals can be expensive, but they don’t have to be as costly as they often are. Here are ways to manage your costs without worrying about not showing the right respect. 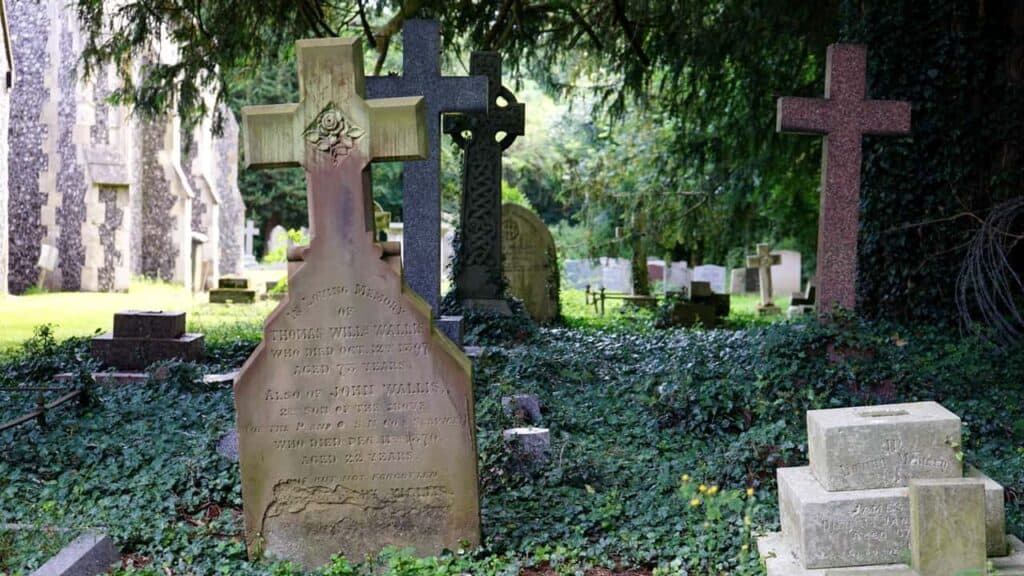 Tips on How to Have a Respectful Frugal Funeral

Don’t overpay for the funeral service

There are a lot of different kinds of funeral services, and there are likely to be different funeral directors you can choose as well. Without an explicit will or list of wishes from the loved one being put to rest, it can often be hard to know what their wishes would have been. Unless it has been stated otherwise, however, a traditional full-service burial might not always be the most accurate choice. Sometimes, paying for direct burial and organizing a funeral service of your own, perhaps requesting help from a local religious figure, can be a lot less expensive. Similarly, you can have either full-service or direct cremations, as well.

Ask for no embalming

Embalming is often considered a “default” of your average funeral service and is designed to preserve the body after death, for viewings and the like. However, it’s not always needed. It can cost around $700 to arrange embalming, but it’s not required as often as you might think. Some funeral homes will not agree to a viewing long after the death if there is no embalming, but if viewings are held shortly after death, or there is going to be a direct burial or cremation, then there’s no need for embalming in the first place. You can skip it and save roughly 10% of the average costs of a funeral. Just another way it pays to be aware of what you’re actually being charged for.

As mentioned before, cremation is typically less expensive as an option than burial. However, without the explicit wishes of a loved one, how should you know whether to choose it? People tend to choose cremation, for instance, because it tends to be better for the environment than the average traditional funeral. Otherwise, you are not paying for a plot of land, a headstone, or a casket, all of which can really help make the funeral more affordable. Furthermore, you can still have a full-service with a cremation, meaning that you can still have the traditional viewing at a funeral home and a funeral service, as well as a reception after the cremation. However, direct cremation is more affordable.

Bring your own urn

The cost of a cremation urn can vary wildly depending on where you shop. Some can cost as little as $50, but they can easily cost well over $1,000. Traditional urns made from metal, ceramic, stone and similar materials tend to be more common, and they can be very elaborate and beautiful. However, it is easy to be overcharged for urn costs. There are also wooden urns and biodegradable urns, which can still cost up to a few hundred dollars but tend to be less expensive in general. However, to make sure you get the most cost-effective options, it’s better to buy from a third party supplier, rather than directly from the funeral home or director that is handling the costs. They may be more convenient, but they tend to charge more for that.

Go for a simpler casket

If you’re choosing a burial and a casket, then you should expect to pay more for it. Again, as with all your options, look outside of the funeral home and see what other providers are offering. You can still get a good casket for around $1,000 or less, though you’re unlikely to get that from a funeral director. Moreover, funeral homes and directors cannot decline to let you use any funeral casket you provide. It’s not an option that is as widely used, but as this article from Today.com shows, more and more people are starting to consider rental caskets, as well. As such, you can still have a beautiful presentation during the service, but without as much of the cost.

Shop around for headstones

Just as you can save money on the details such as the casket and the urn, there is room to save money on headstones, as well. The average traditional headstone can cost as much as $1000 to $3000. The more extravagant ones can cost way more than that. However, if you’re willing to look online, like looking at the headstones by Memorials.com, you can end up paying beneath that. The more ostentatious headstones are always going to cost more, but more people tend to prefer those that are more minimalist, nowadays. Again, as with all other details, look outside of what the funeral director offers to make sure you’re not being overcharged.

Depending on your religion and denomination, there may be traditions that you wish to observe, such as renting a hearse and having the majority of the attendees following on foot. However, when arranging a funeral, often you have to consider wider transport costs. For instance, you can ask that family members make their own way instead of having to rent cars for them. You should also be aware that funeral directors may try to apply a little pressure to get you to pay for more transport than you might need. There’s a good chance you will be able to find an easier hire of a hearse and driver if you’re willing to look into independent third parties. Despite the pressure that might get put on you, your choice is always the final word, so don’t be afraid to be firm.

If you’re organizing a wake or a memorial service, you are going to be able to save money if you’re willing to organize it yourself instead of having the funeral director take over. Some people prefer to streamline it and let them deal with the responsibility of finding a venue and caterers to feed the attendees, but it’s not necessary. Nor is it necessary to hire as much help like that. Many people have wakes and memorial services after the funeral at the home of the deceased or a family member of theirs. Some people prefer to skip the wake entirely. When it comes to food, you can ask your guests to help out in that, too

Not everyone wants a traditional funeral or burial in any respect. Though it can sometimes be hard for loved ones to respect, they may, instead, have preferred that their corporeal form can go on to have a more practical use. For instance, eco-burials have become more common and tend to be less expensive due to the biodegradable caskets. If you want to help your loved ones save money, then you might want to consider making a whole body donation for use in medical science, research, and education with organizations like ScienceCare.com. This will cut all the costs of funeral services, urns, caskets, and so on. Family and friends can still have a memorial, but there doesn’t need to be a body present there for that.

See if you’re entitled to any help

Depending on who is being put to rest, there may be some benefits you could make use of. For instance, if you or your loved one were a veteran or active member of the military, then you could look for information on Benefits.va.gov to see if you could qualify for burial benefits compensation. Similarly, those who have been paying into Social Security could get a payment of over $200 towards the cost of a funeral in certain circumstances so it’s worth checking with them as well.

Be prepared for it

This tip might not be the most useful if you are someone who is trying to manage the costs of a loved one’s loss. However, for those who are thinking about their own future and their own wishes, then the most sensible answer is to make sure you leave explicit instructions on how you are to be honored and to have life insurance that can cover the entire costs of the service. The costs might change over time, so it’s always wise to get just a little more cover than you might need on paper, right now. However, by preparing the financial protection your family needs in advance, you can stop them from feeling obligated to put themselves in peril.

A lot of people are now seeing that funerals being as expensive as they are simply isn’t fair on a lot of families, especially those from low-to-middle incomes. There’s nothing wrong with being frugal if the other option is to land yourself in a spiral of debt.