My husband is a huge Pittsburgh Steelers Fan. If I don’t know what to get him for a gift then I can always resort to something Steelers.  Since we enjoy playing games together as a family, I put together a list of classic games for Steelers Fans.

If you happen to have a Pittsburgh Steelers fan in your house then check out these classic games that were converted for Steelers fans. 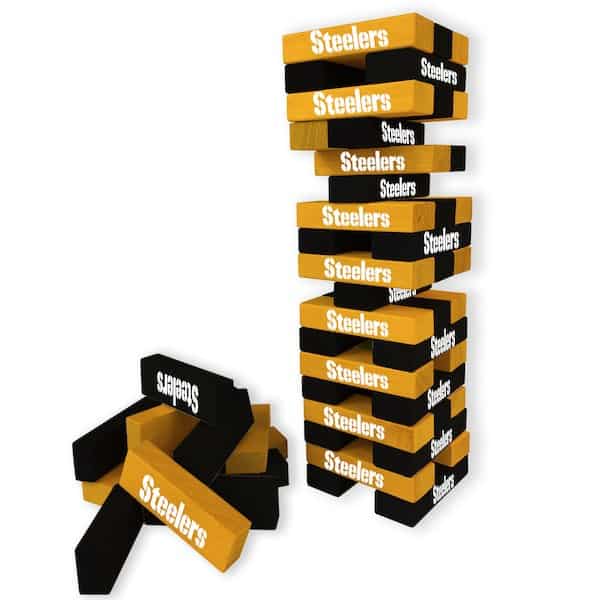 If you love Jenga, then check out Steelers Jenga. It’s the same great game but with a football twist. Build your tower with Steelers yellow and black blocks. As the tower builds so does the difficulty.  This set is 100% wood and would be great for tailgating or game-watching football parties at home.  Get your own set here.

This Steelers ladder golf toss game is a great pregame warm-up. Take your tailgating experience to the next level with this Pittsburgh Steelers football toss game.  You can get one from Amazon or Sideline MVP. 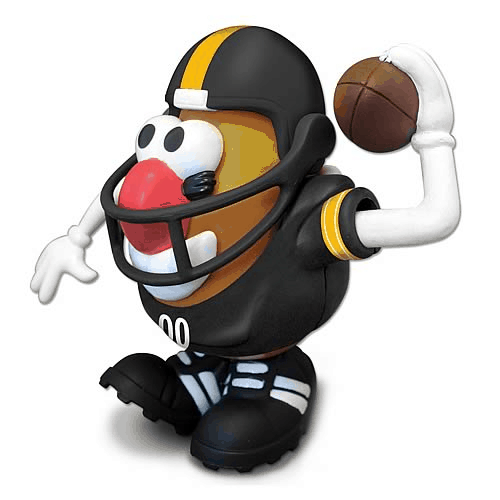 This officially licensed Steelers Mr. Potato Head is for collectors and fans of all ages. Standing 6in tall, this player is the perfect size for proudly displaying on a shelf or playing mix and match to create a variety of hilarious combinations. Each NFL Sports Spud comes with 10 components to mix and match that includes a jersey, helmet, foam finger, and multiple “game faces”.   In order to get your own Pittsburgh Steelers Mr. Potato Head, try looking at Amazon or NFL Shop.