This is a post all about coconut oil pulling that covers what it is, the health benefits, and how to do it.

Because I worry about taking too many drugs for various ailments I’m very interested in alternative health.  Long term effects of many medicines are unknown.  That is why I’d rather find home remedies or alternative health methods to stay healthy.

A friend introduced me to coconut oil pulling.  I was a little leery at first.

Oil pulling is one of those methods that have been around a while but have recently come into the spotlight.  Oil pulling, also known as “Kavala” or “gundusha,” involves swishing a tablespoon of oil in your mouth for around 15 – 30 minutes. The purpose of this ancient practice is to pull out toxins in your body, improving overall health.

Here are some of the common ideas about the benefits of Coconut Oil Pulling. Then, I’ll tell you why I swish with coconut oil most mornings.

What are the benefits of coconut oil pulling?

In this ancient tradition known as Kavala” or “gundusha,” one chooses an oil to “pull” and swish around in the mouth for 15 to 30 minutes. If you want to learn more about oil pulling therapy, then take a look at this book, Oil Pulling Therapy: Detoxifying and Healing the Body Through Oral Cleansing.

In ancient tradition, most people used sesame or sunflower oil. Coconut oil is rich in medium-chain triglycerides and high in lauric acid and effective in attacking Streptococcus Mutans bacteria.

Also, it is easy to find, and purchasing coconut oil is not too expensive.  Amazon has lots of deals on coconut oil.

How to oil pull with coconut oil. 6 Easy Steps

How long before you see the results of coconut oil pulling?

You may notice the fresher breath immediately, but the other results may take a few weeks.  The more you do it, the sooner the results may appear.

Do you have to oil pull every day?

You don’t have to oil pull every day.  Some people do it a few times a week.

Why do I swish with coconut oil most mornings?

After doing some reading and research, I decided to use coconut oil as my choice for oil pulling.  As a cancer survivor who underwent massive surgery, chemotherapy, and Neulasta shots, I have lots of lingering effects I keep trying to manage.

I decided to try oil pulling for myself and see what this craze and alternative health recommendation was all about. This is my oil-pulling testimonial.

As I stated earlier,  I start coconut oil pulling first thing in the morning when I wake up.  I do other things such as light exercise, shower, and get dressed, as I’m swishing the coconut oil in my mouth. 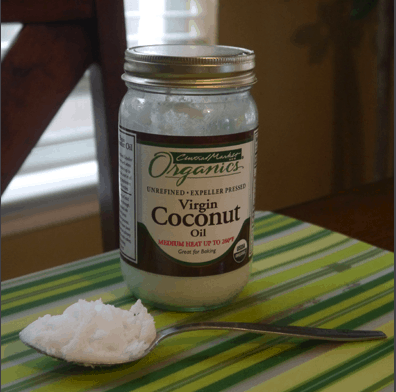 Do you do oil pulling?

What health benefits have you noticed by swishing coconut oil (or other oils) in your mouth?

Next: Check out these homemade household products you can make at home.